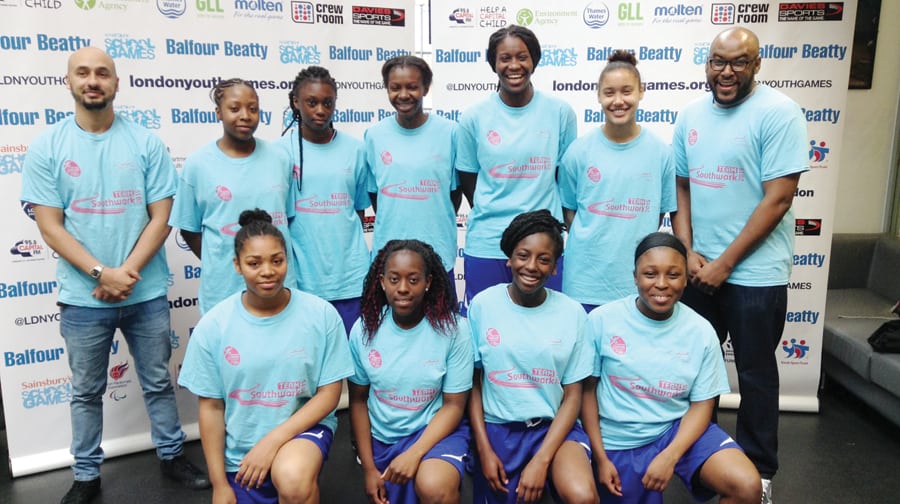 Southwark girls sailed into the Balfour Beatty London Youth Games Basketball Finals after winning each of their four qualifying matches on Sunday.

The silver medal team from last year topped their group and went on to win 24-15 against last year’s bronze medallists Lambeth in the quarter finals.

The Southwark team were crowned Youth Games basketball champions in 2011, 2012 and 2013 and their latest victory means that they will travel to Crystal Palace for the finals for the fifth consecutive season. Manager Sterling Muschett said: “I love this team to bits. We have lost a few girls but we had beautiful team spirit today. “We had a little blip last year but we 100 per cent aim to be back on top again this year.”

He added: “Our ambition and goal is to win the whole thing but we’re not complacent, we’re not arrogant enough to believe that it’s in the bag. “We’re going to have to go out and play against some really strong teams to go and take the victory. We will be prepared but the other teams will be prepared too so we’ve got to give it our best shot.”

The semi-finals and final will be played at Crystal Palace Sports Centre on July 4. To find out more about the competing or volunteering at London Youth Games, visit www.londonyouthgames.org.