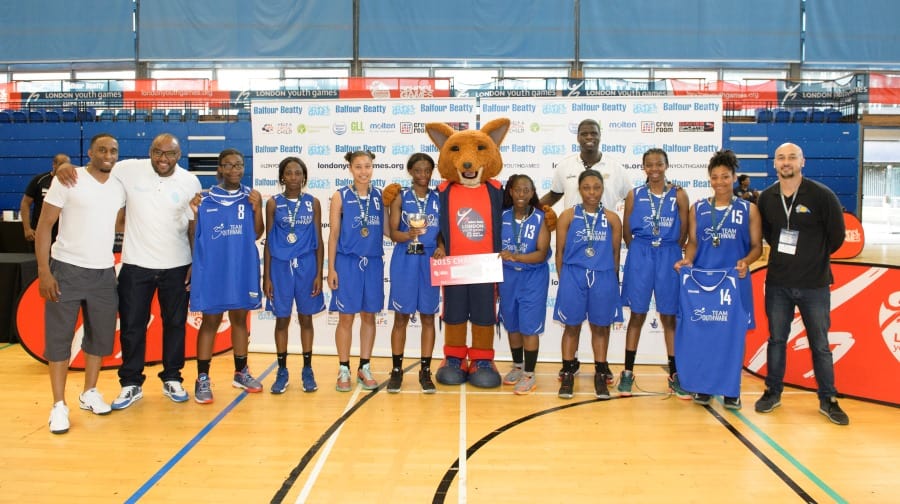 Hundreds of youngsters from Southwark did the borough proud at Europe’s largest annual youth sports event at the weekend.

Competing at the Balfour Beatty London Youth Games finals at Crystal Palace, Southwark won gold in the women’s basketball for the fourth time in five years and triumphed in the men’s hockey for the first time in decades. They also took silver in the tennis and cycling competitions.

In front a passionate crowd on Saturday night, Southwark’s women basketball team had too much for Hackney, winning 43-30 in the gold medal match.

Jackson Gibbons: “It’s our fourth time in five years. We are very humbled. Last year we lost to Newham, they were better than us last year. But the girls came back re-energized.

“They wanted to come back and win the trophy. They came back with a lot of motivation and passion. The standard was higher than ever this year and there were a lot of girls who played with the right spirit. Next year, we go again and everyone starts with zero points. We’ll take nothing for granted.”

There was a nail-biting finish in the men’s hockey final as Southwark beat Bromley 6-5 on penalties to win gold. For team manager Julie Ferrett it was a sweet moment in her twentieth year in the role.

She said: “I’m delighted, no words can actually describe how I feel. The support I’ve had and everything has been great. I’ve had some of the players since they were aged seven but now I’ve got to say goodbye to them because they’re too old but this has just made my twentieth year.

“I kept saying I wanted to give up and this year I said I’ve had enough now and I was going to go, but now I can’t. How can you after this? I’m just so delighted – I’ve got tears in my eyes. It’s all been worth it after twenty years.”

Following eight months of competitions between over 100,000 young Londoners representing 33 boroughs across 31 sports, the borough placed joint fourteenth overall with Enfield in the Jubilee Trophy standings.

Asher-Smith, who competed for Bromley in 2010, said: “The atmosphere is great and everyone is buzzing with excitement. The London Youth Games was such a great experience for me when I took part and the way it continues to grow and give young people from London the opportunity to compete is great for British sport.”

Maggie ‘The Machine’ Alphonsi is one of England’s greatest ever rugby players winning several Grand Slams and the World Cup in 2014. She competed for Enfield at the London Youth Games.

Alphonsi said: “The London Youth Games is an amazing event. I am so happy to have been here today and to be a patron of the Games. I took part in 1999 and it’s really inspiring to see the next generation who are coming through, some of who will be hoping to represent their country at an Olympic Games and World Championships.”

Paul Toyne, Balfour Beatty Group sustainability director, added: “The atmosphere over the weekend has been fantastic and the competitive spirit amongst all of the London boroughs has been delightful to watch.

“Balfour Beatty’s sponsorship of the London Youth Games has given 100,000 schoolchildren the opportunity to be involved in 31 different competitive sport activities and we are delighted to have helped make that happen. This was the biggest event so far and we are proud to have been part of this.”

Around 15,000 young Londoners aged 8-18 competed at the finals across 19 sports, following in the hallowed footprints of Olympic champions such as Mo Farah and Christine Ohuruogu, England footballers Rio Ferdinand and Raheem Sterling and one million others who have taken part since the first ever London Youth Games in 1977.

To find out more about competing or volunteering at the London Youth Games, visit www.londonyouthgames.org or follow @ldnyouthgames on Twitter