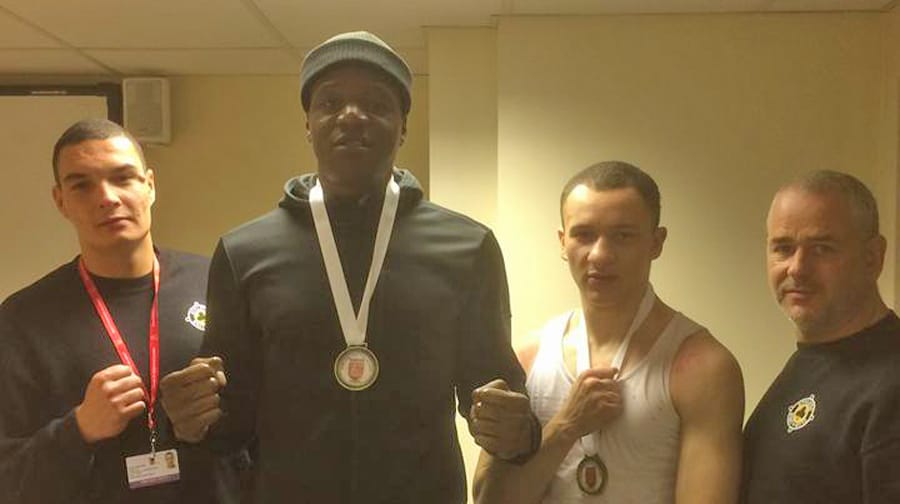 Charlie Wincott, at 71kg, won a split decision against Floyd Njenga from Bromley and Downham.

Wincott started very strong, dropping his opponent in the first round and carried on with relentless pressure in the second and third rounds to claim victory.

In the heavyweight category, Chris Brown boxed Sam Westwood from Bude ABC. Brown found himself behind on all judge’s cards after two rounds following a slow start, but after being read the riot act, the boxer turned the bout around, winning on a split decision.

In the junior category (under 70kg), Kola Omoniyi fought James Kelly from Dale Youth, losing on a split decision. The finals will be held at Chingford Assembly Hall this Sunday.