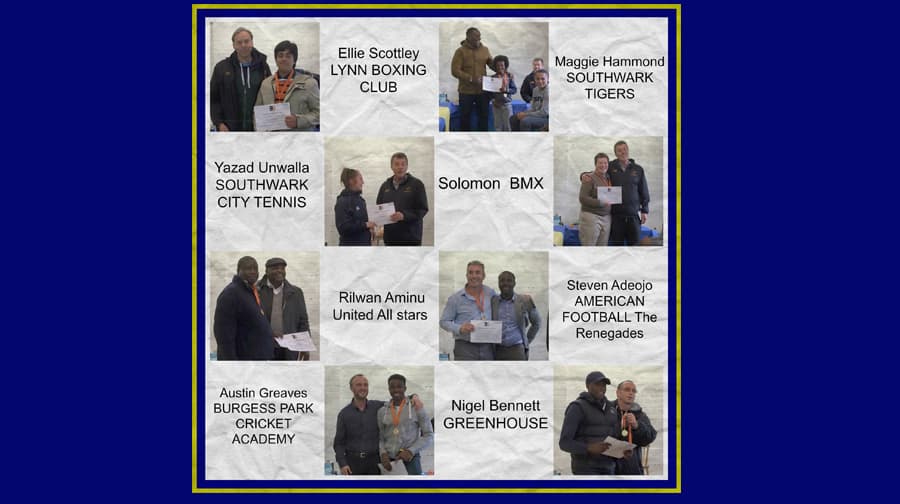 Dedicated sport club members picked up awards for their dedication at the first ever Burgess Sports Club Volunteer of the Year Awards.

The club has a combined membership of 2,500 and covers a multitude of sports, all of whom use Burgess Park.

Each club was asked to pick a member to receive an award, and a £25 gift voucher, for their time and effort in furthering grassroots sport in Southwark.