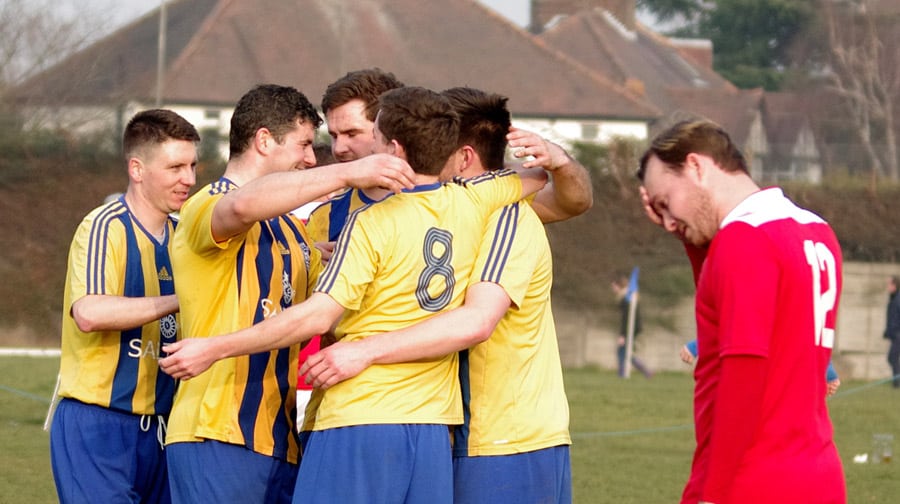 The 4-1 win over the league leaders was all the more rewarding as seven days earlier the Bermondsey side has put in a shocking showing against Fleetwood United.

Speaking after the Erith contest Stansfeld manager Lloyd Bradley said: “This was a superb response by the players, and they deserve all the credit.

“Their attitudes were spot on, they worked their socks off for each other, as well as playing some great attacking football and I was extremely proud of all fourteen of them today.”

Sam Ryan opened the scoring for Stansfeld with a fine free kick, the lead up to which saw Erith’s Max Saville get his marching orders, and Billy Shinners doubled Stansfeld’s lead to rub further salt in the wound.

With stand in Erith keeper Joe Abbott in defiant form it was not until the second period before the Southwark side hammered home their advantage.

Before that Erith netted through Michael Joyner but Stansfeld’s two goal cushion was soon restored when a reckless challenge in the box resulted in a penalty that Billy Jolley converted. Stansfeld put the icing on the cake five minutes from time when Mickey Smith’s wonderful curling shot from 25-yards beat Abbott’s despairing dive to go in at the far post.