Stansfeld continued their improved form with a 1-0 win away at Gravesham Borough on Saturday. 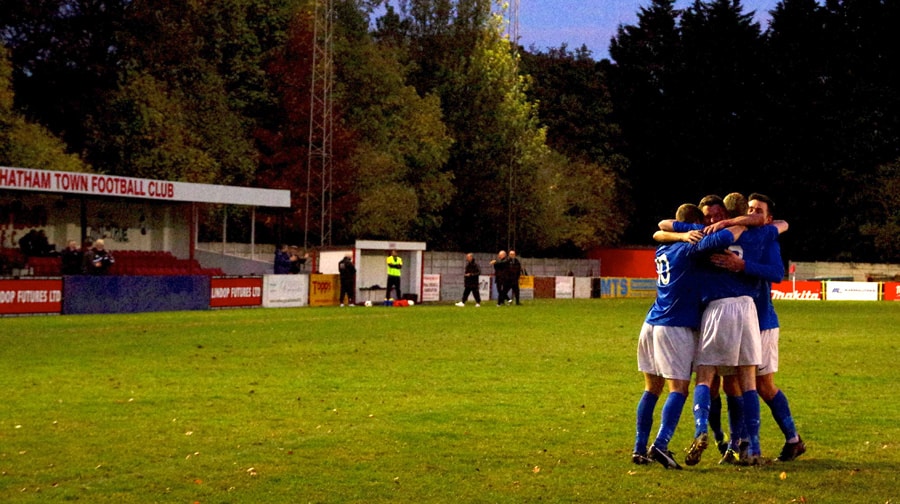 From the first whistle, Stansfeld were on top and forced 10 corners in the first-half, with the first coming after only two minutes.

Gravesham were fortunate to not see the game slip from their grasp, as the relentless pressure saw the visitors go close on a number of occasions, with two headers cleared off the line – and another one accidentally cleared by their own player.

Stansfeld thought they had broken the deadlock shortly after, but Burgess’ shot was disallowed for offside.

The pressure continued, with Billy Shinners, Lowes, Sam Ryan and Harry Gamble all having good chances to open the scoring before the break, but some poor finishing meant the scores remained level at half time.

The away side again took a grip of the game at the start of the second half, but chances went begging and the game still remained goalless with just five minutes remaining.

That changed, however, in the 85th minute, as Shinners headed a deep free-kick back across goal for Gamble to power a header past the goalkeeper into the top right-hand corner, giving Stansfeld three hard earned points.

Meanwhile, Stansfeld’s new first team crashed out of the Inter Regional Challenge Cup, losing away at Fleetdown United on penalties (4-1) after the teams drew 2-2 at the end of extra-time. Joe Bannan and Ryan Hassan scored the Stansfeld goals, whilst the reserves were knocked out of the Kent Junior ‘A’ Cup after losing 2-1 at home to Welling Park – Spencer Cook scored the consolation goal.

Next up is a home game with Snodland Town in the SCEFL Division 1 on Saturday. Kick-off is at 3pm.