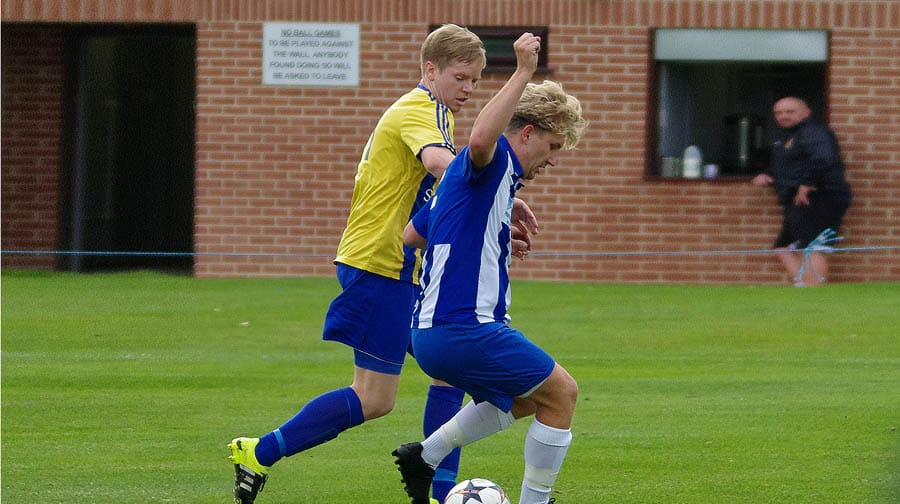 The Southwark side, who play under the Eltham Palace banner in the SCEFL First Division, were sitting bottom of the table after two defeats in two games but things took a turn for the better last Saturday.

The deadlock was broken at the weekend when Stansfeld’s Freddie Sansom was taken down in the box for a stonewall penalty.

Billy Jolley made no mistake in converting from twelve yards out. But the lead was short lived as Tom Pratt levelled for the visitors with a close range finish after some poor defending by the Bermondsey side. Stansfeld manager Lloyd Bradley said afterwards: “This was a better performance from us today and we were good value for our point and possibly could have taken all three.

But again we never troubled the keeper enough. We seem to be cursed at the moment, with Ryan Hassan already sidelined with a hip injury he picked up during the week. “George Snelling then breaks down in the warm up and this was compounded when striker Aaron Firth got stuck at work.

“This meant another re-jig of formation and also left us with limited options on the bench. But the boys showed a lot of character and fitness across the group looks to be slowly improving.

With games coming thick and fast we have had no time to work with the players on the training pitch, but at the moment it is just a case of trying to get eleven fit players out there.”

Stansfeld still have another side, last season’s reserve team, who play in the Kent County Premier Division and they got their campaign under way last weekend. Unfortunately they fell to to a 3-1 defeat away at defending champions Faversham Strike Force. Michael Zanelli got the Stansfeld goal.