The scorers were Ben Holland and Billy Shinners 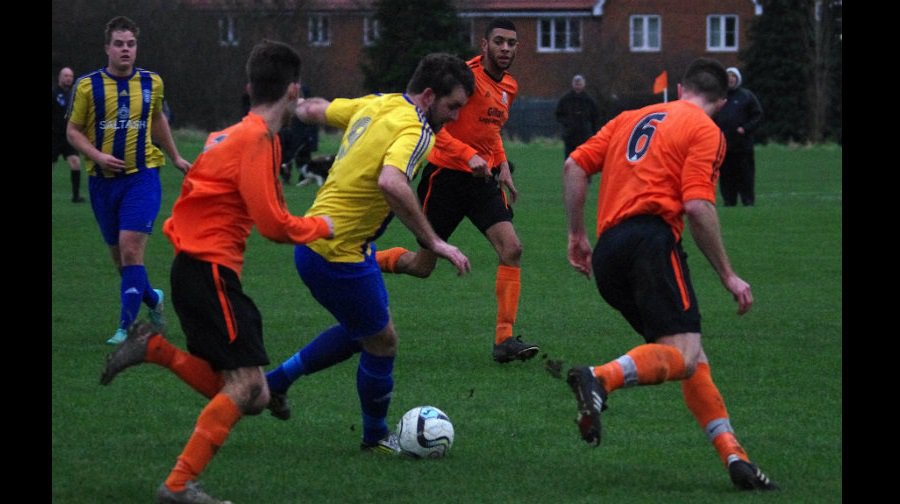 Billy Shinners was on target once again (Photo by Laraine Bateman)

Stansfeld held table toppers Borden Village to a 2-2 draw last Saturday despite playing the game with ten men for 75 minutes.

The early sending off of Stansfeld’s Joe Bannan in the Kent County Premier League contest put the Southwark side on the back foot, but they battled through to take a point from the early season pace setters.

The Bermondsey club have to largely thank striker Ryan Hassan for the point as he bagged his second brace of goals in two games, therefore cancelling out the efforts of Borden’s Samuel Brown and Tommy Price.

Borden still top the table despite losing the points whilst Stansfeld lie in ninth position in the table. One bit of bad news to come out of the game is that Hassan will sit out the next month of games having picked up a knee injury.

Stansfeld Reserves, who play in Division One West of the Kent County League, remain unbeaten this season after securing a comfortable 2-0 victory against local rivals AFC Mottingham.

Ben Holland opened the scoring for Stansfeld in the first half, before first team striker Billy Shinners made sure of the points with a neat finish ten minutes from time.

The Stansfeld side who play in the Southern Counties East Football League were not in action last weekend.

Southwark NewsSportStansfeld nab a point despite a red card