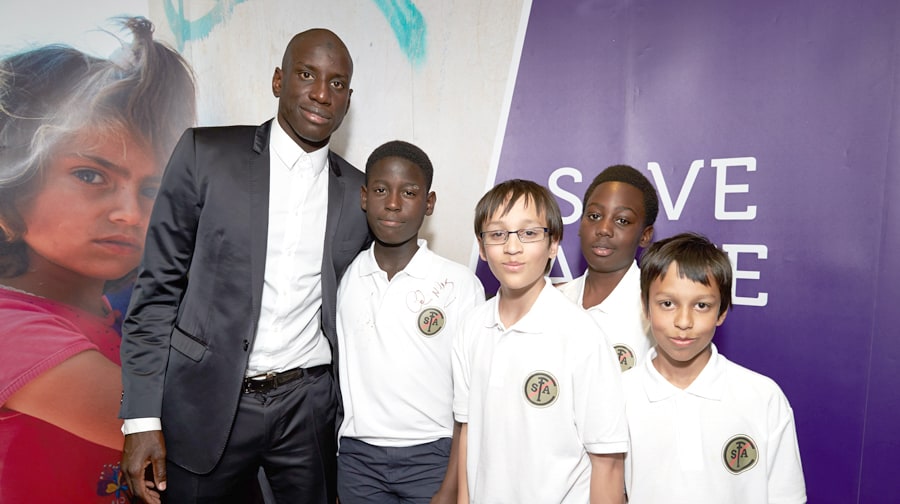 Football stars Demba Ba and Eden Hazard have lent their support to 300 children in Southwark who are raising money to change the lives of street children in Africa.

Peckham and Camberwell junior football club United AllStars will start a fundraising effort on Sunday that will raise funds for their own club and a charity in Senegal that rescues children abandoned on the streets of Dakar. At a swish hotel in Mayfair, the football stars signed shirts for the club to auction and Senegal striker Ba said: “Help these children raise money for Senegal.”

Through a series of sponsored runs, swims and cycles the kids at United AllStars are seeking to raise as much money as possible to go to the two charities that do so much to help change children’s lives. Starting as a children’s football club on the North Peckham Estate twelve years ago, AllStars are now a registered charity providing open access football coaching to all children in Southwark.

The club also targets children struggling with behaviour at school or at home and also provide the opportunity for children to attend residential trips to the countryside, visits to universities and this year have started work to encourage the children to take an interest in the upkeep of Burgess and Peckham Rye Parks. AllStars head coach Dominic Welch said: “There are lots of big charities who see Peckham and Camberwell as places they can come to in order to get some publicity for their work and that helps them raise money to pay their workers’ wages. “As soon as that money dries up, you don’t see the charity for dust.

We are a genuine local charity, we are run by local volunteers. “The kids know we are here for them. We see the children from our neighbourhood and the challenges many of them face. We have kids who are very confident and eloquent, the high achievers to those who struggle emotionally or with their behaviour.

“There is such a pull towards gangs and negative behaviour. But we won’t accept that as the fate for our kids. We fight to show our kids there is another choice.”

But the children at the club did not want to just help themselves and they decided they would also support the Empire Children’s Centre in Senegal. Welch added: “Our kids came up with the idea that they should raise money for other children who have even less than themselves.

“The Senegal project seemed a perfect fit, they also work with five to sixteen-year-olds, they also love football and a lot of our own kids have roots in West Africa. “It’s good our kids can see that whilst their own lives may not be easy, compared to others they have a lot of opportunities. We try to nurture our kids so they can take those opportunities and achieve their potential.” Fundraising starts on Sunday and continues through to September. If you want to support their efforts, or want more information, visit www.allstars.london.