'I love being the underdog with a point to prove' 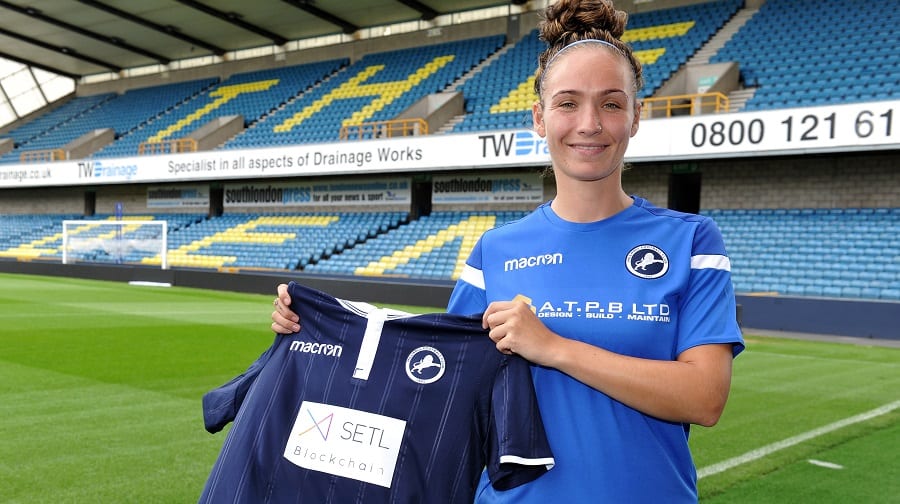 ONE OF Millwall Lionesses’ summer signings Ellie Stenning believes she has joined “the perfect club” and added: “I love being the underdog with a point to prove.”

Stenning’s move to Millwall came as part of the club’s sweeping revamp under new first-team manager Chris Phillips. The Lionesses have retained just two senior players from last season and have recruited over 20 new players for the first-team squad.

The Lionesses will be starting their campaign with one of the youngest squads in the division, with an average age of just nineteen. Now 27, Stenning is one of the more senior and experienced players in the squad after signing from Crystal Palace Ladies. She spent two-and-a-half years with the Lionesses’ south-east London rivals.

Stenning re-joins the Lionesses after being part of the club’s Centre of Excellence programme as a youngster. After a successful trial, she signed for the club’s under-12s and then progressed through the under-14s, the under-16s, the reserves and then into the first team. At the age of seventeen, Stenning was released from her contract and signed for Charlton Athletics’ Women’s first team.

Stenning is a robust midfielder, standing at 5ft 8ins tall and will add firepower to the Lionesses as they attempt to build on last season’s third-place finish in WSL 2. Upon her arrival at the club, Stenning explained to the News the reasons for her move from Crystal Palace to the Lionesses.

“What is good is that I’ve only been here for a week and I can already see how hungry the new girls are, in training they are keeping me on my toes and I am probably ten years older than most of them,” Stenning said.

“They have a great set-up here at Millwall, very professional. Pedro [Martinez Losa, the Lionesses’ director of football appointed this summer] and Chris have a good status as coaches so with them being here it made my decision to come back a lot easier.

“The girls were passionate and stuck together through the financial difficulties at the end of last season. They managed to still finish third in a very competitive league which is a huge achievement. So we’re looking to replicate and build on their attitude and success.

“I love being the underdog with a point to prove. With teams like Manchester United in our league this year it is going to be fun and I cannot wait to get started.

“The girls that have been brought in are hungry, most of them have come from good sides but haven’t got their chances. They are determined to prove people were wrong about them. Our job is to just turn up to training and work hard for Chris. Then the results will speak for themselves.”

Stenning also explained what she will offer Millwall.

“I’m a very physical player, I’m quite a big girl who does not shy away from a tackle. Going away helped me learn a lot but I’m glad to be back here. Millwall is the perfect club for me, as the club’s reputation is very similar to my own as a player.”