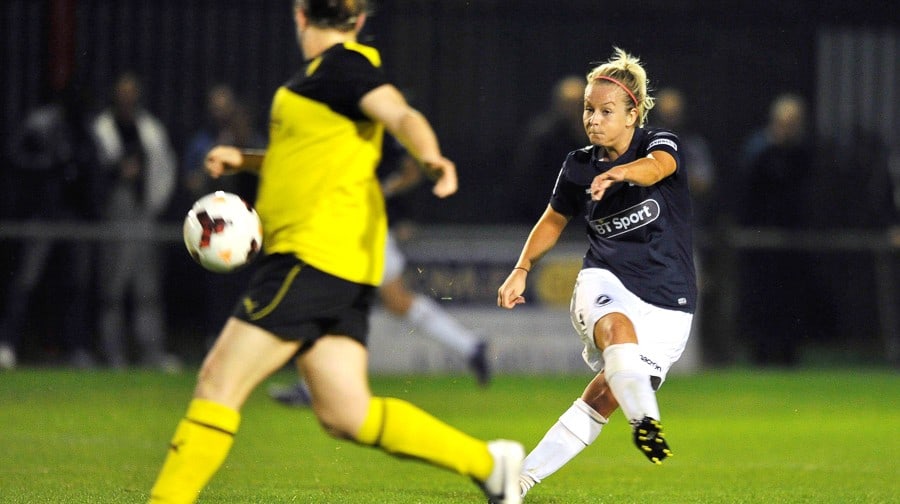 Forward Lily Agg has committed her immediate future to the Lionesses after signing fresh terms for the upcoming season.

Agg’s goal in April’s 2-2 draw with London Bees last season cemented her place in Millwall history as the first Lioness to score a goal at The Den.

While her brace of goals in the 3-1 home triumph over Yeovil Town helped her finish the season as joint top scorer last term alongside Naomi Cole.

The former Arsenal Ladies and Brighton star joined the Lionesses in March 2014, after a brief spell with London Bees, and made her debut in Millwall’s opening day draw away at Watford Ladies.

An attacking midfielder with an eye for goal, Agg has quickly became a mainstay of the Lionesses side making 21 League and Cup appearances last season.

A club spokeswoman said: “We are delighted to announce the re-signing of Lily who has continued her goalscoring form into this pre-season.

“She netted a stunning 30 yard free kick to earn the Lionesses a share of the spoils in last weekend’s 1-1 pre-season friendly draw at London Bees.”

The Lionesses are looking for a new coach to add to the staff who currently work at the club’s Centre of Excellence.

If you are interested in the post you need to submit your details to the club by Monday. For more information visit www.millwall.fawsl.com