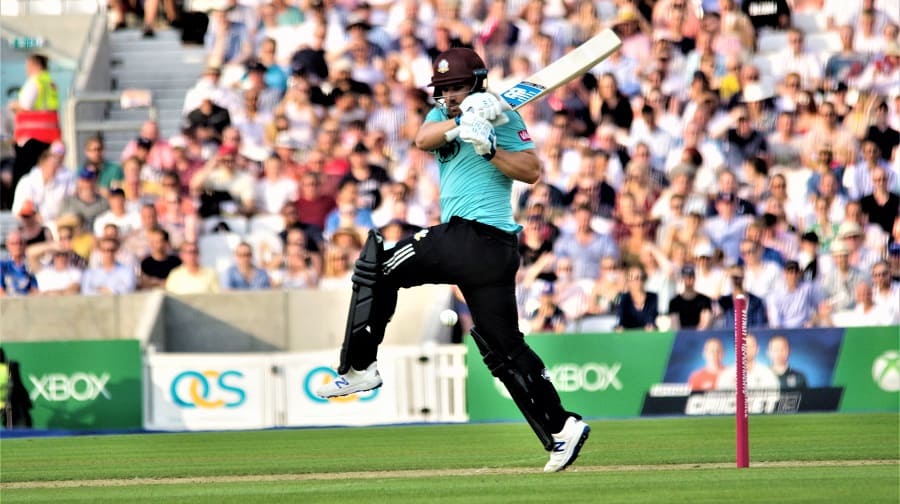 Surrey chief executive Richard Gould has hailed his county’s achievement in attracting a total of 165,461 people through the Kia Oval gates for this season’s Vitality Blast.

Including all revenue streams generated, each of Surrey’s seven home games was worth approximately £1million to the club.

Gould believes that Surrey’s record-breaking summer, with the club’s overall Blast attendances up by 15 per cent on 2018, was also a reflection of the continued growth in popularity of the competition throughout the country, with nationwide ticket sales currently 12 per cent up on last year’s figures.

“Effectively, six out of our seven home matches in the south group were sell-outs, with the other game watched by almost a capacity crowd too,” he said.

“Additionally, of our 13 group games home and away – we had one washed out – there were 11 attended by full-house crowds.

“Ticket sales for T20 games have seen constant growth since 2012, right across the country, and I think we are now reaching a tipping point in terms of attendances for a lot of clubs.

“When you look at the numbers, can we do any better?

“Well, here at the Kia Oval, work to build an additional 2,000 seats – taking our capacity to 27,000 – starts on October 1 so that’s one good way of trying to accommodate more people.”

Gould said a key statistic from Surrey’s bumper Blast season was that 50 per cent of all ticket sales have been to new people – in other words, people not previously on the county’s database.

“This summer there is no doubt that England’s World Cup win, and then the excitement surrounding the Ashes Test series has provided cricket with a lot more profile, but it’s also true that we were on track for record T20 ticket sales – in terms of our advance sales – even before the World Cup finished,” he said.

“People really want to come to cricket matches at the moment.”

Gould is also keen to point out the “outstanding” experience that Vitality Blast spectators receive not just at Test match venues such as the Kia Oval, Lord’s, Emirates Old Trafford, but also at smaller venues such as Hove and Taunton.

“It is very clear from the numbers across both the South and North Groups that more and more people are enjoying their experience of attending Vitality Blast games and watching their local counties,” he added.

“What was particularly striking this season, for us, was that we had three Tuesday evening games, for which in the past we have struggled to sell tickets.

“Indeed, this summer we have twice sold out two games in three nights on a Tuesday and a Thursday. Then, there were our games here at the Kia Oval which were sell outs even when England were playing Test cricket at Lord’s on that same day.”

Surrey saw an average of 23,600 people attend each of their seven home fixtures, with a record 3,600 members turning up to watch the final match, against Essex Eagles, on Thursday night. Additionally, the club’s hugely-popular XBox Family Zone – which accommodates around 1,000 children and their parents – was sold out for all seven South Group games by mid-July.