Surrey will take on Yorkshire in the semi-final of the Royal London One Day Cup after a thrilling last eight victory over Northants. 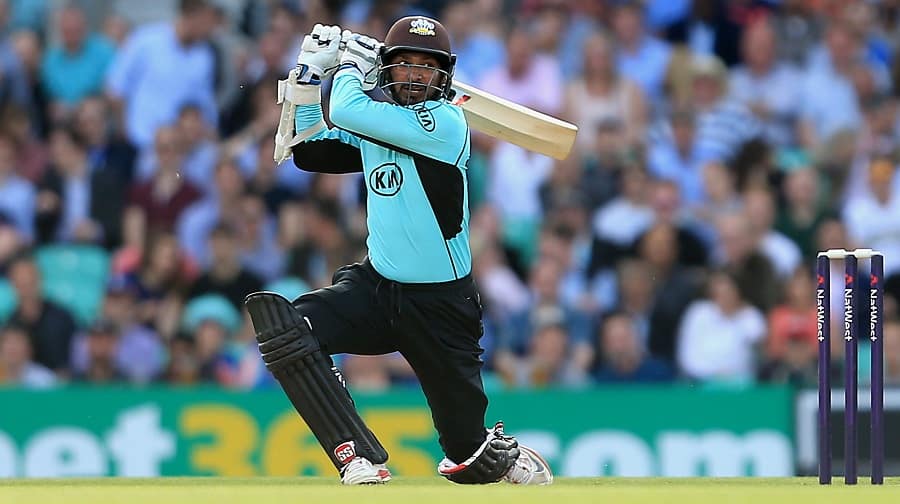 The away day at Headingly this Sunday will see the Kia Oval side return to the Lord’s final of the competition for the second year in succession, should they prevail against the Tykes.

The last four clash is largely happening thanks to the batting efforts of Sri Lankan great Kumar Sangakkara whose 130 not out against Northants just about hauled Surrey over the winning line.

Set 277 to win the 50 over contest Surrey made a meal of what looked a less than testing chase thanks to a lower order collapse.

But as long as the Sri Lankan was at the crease Surrey always had a chance, but it took a last wicket stand of 27, with Jade Dernbach, to get the visitors home.

The win came off the last ball and was only secured with one wicket remaining but the Kennington side made it home, thanks largely to Sangakkara and Dernbach’s earlier bowling efforts when he took four wickets for 39 runs.

In County Championship Division One Surrey moved up to third place in a congested table thanks to a 226 run win over Warwickshire.

Knocks of 47 and 88 from Sangakkara helped Surrey set a target of 396 for the Midlands side to chase for victory, and it became a case of Warwickshire needing to survive the last day for a draw.

Despite some lengthy knocks for low scores the Edgbaston club could not hold out with skipper Gareth Batty taking the final wicket to ensure Surrey secured 21 points.