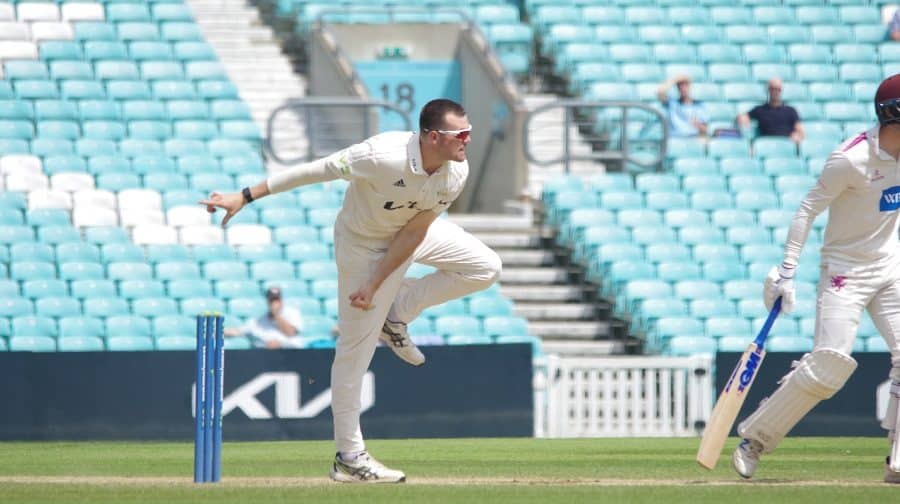 But Surrey ultimately missed out on the quarter-finals as they finished fifth in the South Group.

Surrey faced a must-win game at the College, their final fixture, and knocked off a chase of 178 with 10 balls to spare.

Smith set things up with 60 from 47 balls and Evans took his side to the verge of victory with 58 from 36.

Gloucestershire will get another chance to seal a quarter-final spot in their final game at Taunton on Sunday but they will need to raise themselves with defeat here coming two days after their Championship hopes were ended.

Having been sent in, the home side only played in fits and starts. A more measured start than previous matches saw them to 68 for 1 in the eighth over but then then lost three wickets in 18 balls.

Glenn Phillips’ 48 from 26 balls picked the innings up but 177 proved well short.

Phillips hit Batty over long-on and pulled Rikki Clarke over midwicket. He slog-swept Will Jacks and then whacked him over long-on. But when set for serious damage, hit a low full toss to long-on.

Benny Howell made 30 from 21 balls but fell in a fine spell from Gareth Batty, who took two for 21.

Jacks opened the chase with a flick off Dan Worrall for six over deep square and a swing over long-off as Ryan Higgins conceded 19 from the fifth over but he skewed Josh Shaw to deep cover to fall for 24 in 14 balls.

Jamie Smith drove his namesake Tom over extra-cover and swept him for four more and at the halfway stage Surrey were on course at 88 for one.

Laurie Evans cleverly paddle-swept Howell for his first boundary before slog-sweeping him for six. He then struck Worrall over long-on to effectively end the contest.

Despite defeat, the final day of the Festival was thoroughly enjoyed by the home supporters on a glorious day. And goodness did they need to drink it in. Their next chance to see the first XI may be the penultimate day of August, if not later.

With The Hundred bombed in to dominate high summer, locals have just four days cricket to enjoy for the next six weeks, with just one on a weekend.

Lambeth’s Evans said: “Obviously it’s not an ideal position to be in, especially after the start we got to the competition, but we turned up and won a game that we needed to.

“Gareth Batty and Dan Moriarty have got a nice partnership together, they got their lengths spot on and took crucial wickets.

“Jamie Smith is a good lad, he plays the game in the right way, doesn’t take himself too seriously but he’s desperate to do well and has as much talent as anyone in the dressing room.”

Jack Taylor added: “To get off to the start we did, you can’t ask for too much more than that but we just played the spin really badly.

“It’s been a constant theme that no-one apart from Glenn has gone on and made that big score and we have to address that on Sunday now.

“It’s still in our hands going into the last game but as a senior experienced batting group, we all have to put our hands up and not just rely on Glenn.”