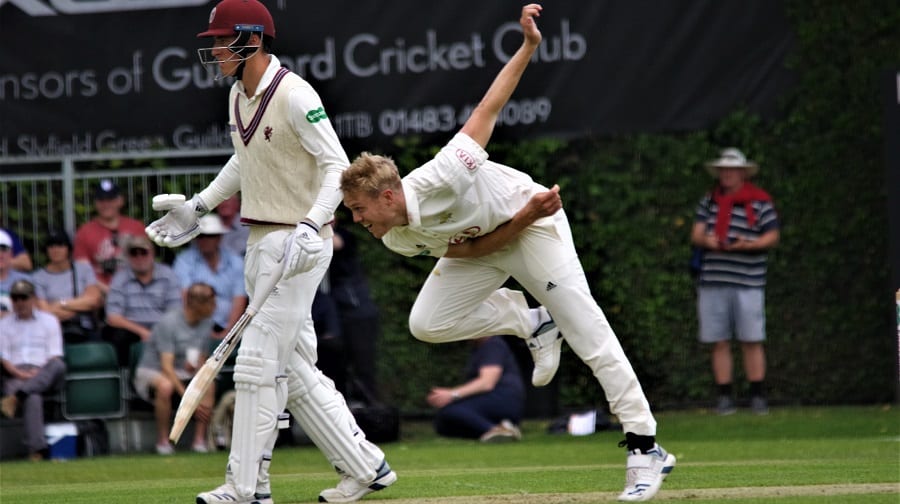 Surrey are one of five counties who have this week found themselves preparing for two Vitality Blast fixtures, played on successive nights, during the 72 hours preceding their return to Specsavers County Championship action on Sunday, when Hampshire visit the Kia Oval.

It is, clearly, a less-than-ideal scenario for Surrey’s management – as it also is for those in charge at Derbyshire, Durham, Leicestershire and Sussex – although the county champions are the only Division One side facing the significant logistical difficulties that it has caused.

Michael Di Venuto, Surrey’s head coach, was philosophical about the situation when he spoke ahead of his team’s 26-run win over Sussex Sharks at the Oval in the Blast on Thursday night.

“We will have to see how the players who are involved in this Sussex game, and then our visit to Hampshire, feel after these two back-to-back matches,” he said.

“We will definitely be fitting in a red-ball practice session on Saturday, following these games, but some of the guys who play in both T20 matches here at the Oval and then at the Ageas Bowl may just need some rest.

“We’ll have to see, but we’ve already done a couple of optional red-ball sessions, mainly to get the batters used to facing the red ball again, and the bowlers have also been spending some time bowling with the red ball ahead of our Blast games.”

Four players who have not been involved in Surrey’s Vitality Blast South Group campaign – fast bowlers Morne Morkel and Conor McKerr, who has recovered from heel and hip problems, batsman Scott Borthwick and off spinner Amar Virdi – have been playing Second XI cricket to get themselves ready for a championship meeting with Hampshire.

That match will provide the opportunity for further progress up the first division table following the team’s vital win against Nottinghamshire at Trent Bridge which marked their last red-ball outing in mid-July.

“That win was very important for us,” added Di Venuto.

“Considering where we were in the table before that game, it was good to see us going there and playing well and gaining a lot of confidence as a team from the victory. It was obviously a worn pitch, prepared by Notts with their overseas spinner Ravichandran  Ashwin very much in mind, but we won an important toss which helped us but we also batted well in that first innings and also in our second innings, which was pleasing.”

The 167-run beating of Notts – who after 10 of 14 scheduled games are anchored to the bottom of Division One with just 48 points and 57 behind Surrey in sixth – was also a triumph for Virdi, who had match figures of 14 for 139 in his first appearance of the season following injury and fitness issues, and just before celebrating his 21st birthday.

“Amar has worked so hard to get himself into the condition we want him in,” said Di Venuto.

“He deserved his selection for that match, and we were really pleased to see him back on track and in good shape. He bowled exceptionally and, in the past month, has been playing regular cricket, including some T20s for the seconds, to keep himself going.”

Di Venuto said that Australian batsman Aaron Finch could appear in the championship game against Hampshire in the overseas player slot that has been occupied for most of the red-ball season by South Africa left hander Dean Elgar, who is due to return for the club’s three September four-day fixtures.

The head coach is excited, meanwhile, to see batsman Ollie Pope make just his second championship appearance of the summer.

Pope played in the season’s four-day opener, against Essex at the Oval, but was then ruled out for three months following an operation to repair a badly dislocated shoulder suffered during a Royal London One-Day Cup fixture later in April. He has returned only in recent weeks, in the Blast.