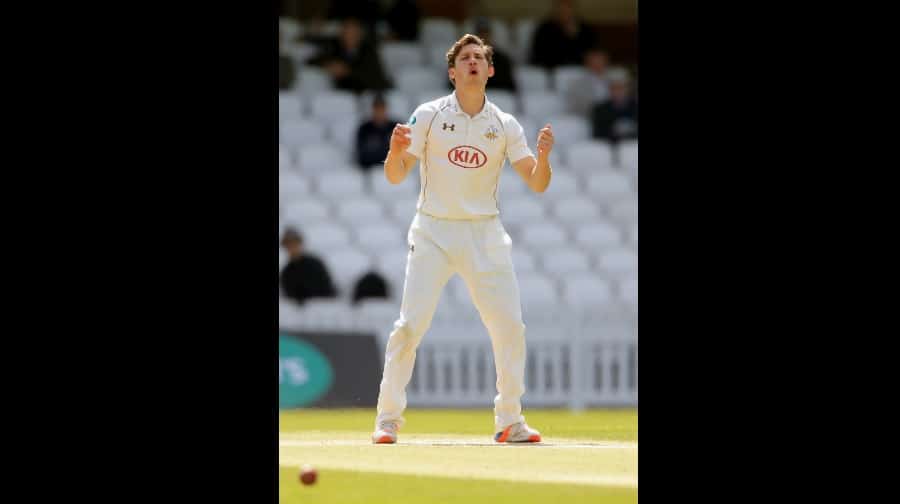 Surrey picked up their first County Championship win of the season by comprehensively demolishing Nottinghamshire at the Kia Oval.

The victory lifted Surrey off bottom spot in Division One and will provide a much needed confidence boost to their campaign.

Once again all rounder Zafar Ansari was the star of the show as his final day haul of six wickets for 36 runs bowled the Midlands side out for just 157 second time around, well short of their 386 run victory target.

Half centuries from Steven Davies and Tom Curran was the mainstay of Surrey’s first innings return of 323.

The visitors could only muster 182 in response, with Gareth Batty picking up four wickets for 23 runs, leaving the Kennington side very much on the front foot.

When Surrey posted 244/5 off 62.2 overs in their second innings the only questions that really needed answering on the final day were if Surrey were going to win, or would Notts bat the day out.

In the end Ansari was the person who provided answers for those questions enabling Surrey to celebrate a much needed victory in the four-day format.

However whilst that result will have been a boost for morale Surrey’s season in the Natwest T20 blast continues to be topsy turvy to say the least.

They have now won four and lost four games in this tournament with two defeats coming in the last seven days.

The first of those was a comprehensive drubbing in Cardiff at the hands of Glamorgan with the home side winning by nine wickets with 25 balls remaining.

A lacklustre batting effort saw Surrey post just 110 in failing to bat out their overs.

Although Sam Curran bowled out David Lloyd for a duck when Glamorgan batted Jacques Rudolph, 40 not out off 43 balls, and Colin Ingram, 73 not out off 49 balls, saw the home side home with some ease.

The contest against Essex followed a similar pattern as once again Surrey misfired with the bat when posting a score of 117.

An unbeaten 52 from opener Jesse Ryder, with Ravi Bopara also scoring 36 not out, was enough for Essex to amble home with plenty to spare.