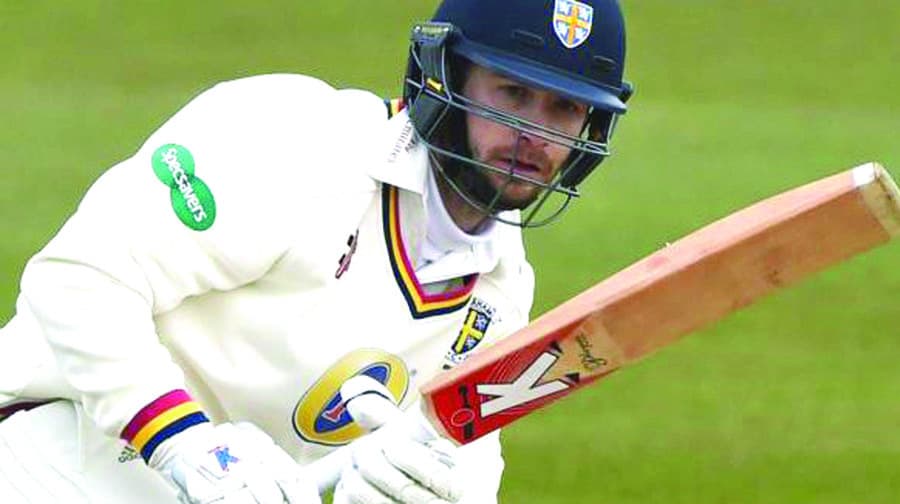 SURREY CCC this week announced the signing of Mark Stoneman from Division One rivals Durham.

Since 2013, Stoneman has scored more than 1,000 first-class runs each season, form that has put him on the fringes of selection for England.

He is a left-handed batsman who represented England in the 2006 U19 Cricket World Cup.

Newcastle-born Stoneman will officially join Surrey when his contract with Durham expires and he will be available for the start of the 2017 season. Stoneman made his debut for Durham in 2007 and has played in three championship-winning sides.

He was also captain when they won the One-Day Cup in 2014. Stoneman, 29, is hoping the move will boost his chances of an England call-up.

He told Surrey’s official website: “Joining Surrey under the guidance of long-time mentor Michael Di Venuto and Alec Stewart will provide the platform to reach new levels with my batting.

“It is a fantastic opportunity to join a young and exciting squad. I am very excited for the years ahead at the Kia Oval, which is a great Test Match venue. I hope my experience can contribute to a period of success for Surrey CCC.

“The desire to play for England is as strong as it has ever been and I feel that now is the right time to accept a new challenge in an environment which will hopefully see me fulfil the dream of playing for England.”

Surrey CCC Director of Cricket Stewart revealed they fought off competition to snap up Stoneman.

Stewart said: “I am very pleased Mark has signed for Surrey as I was aware a number of other counties were chasing him too. He is exactly the type of character and player I feel will add strength and depth to our squad.

“Our head coach Michael Di Venuto knows Mark very well from his own playing days at Durham and that was a major factor in Mark choosing the Kia Oval.”