The defending champions are chasing a first win of the season 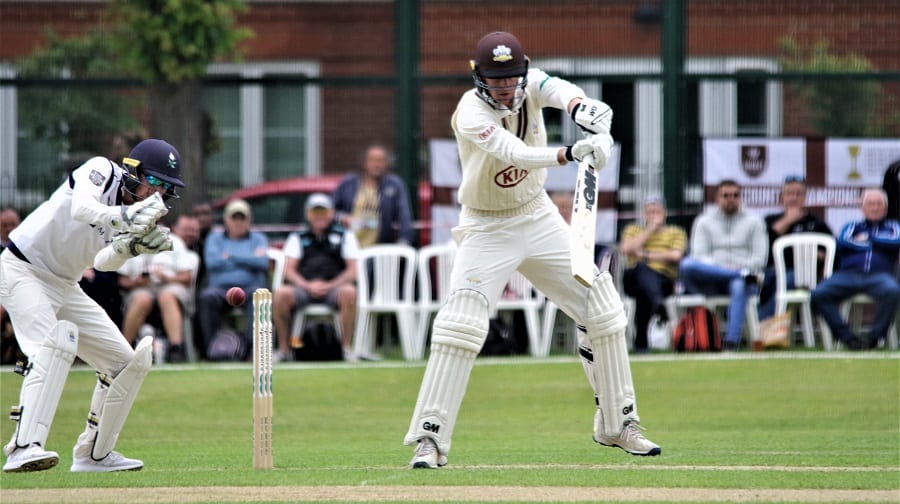 Mark Stoneman made a battling 33 but Surrey still struggled to 94 for 3 on a testing first morning against Warwickshire at the Kia Oval in the Specsavers County Championship.

The left-handed opener fought hard before driving at the 68th ball he faced to edge fast bowler Craig Miles high to second slip where Liam Banks, on as a substitute fielder, leapt to pull off a fine catch.

Dean Elgar, dropped on 9 off Miles when keeper Tim Ambrose could not cling on to a low edge as he dived across in front of first slip, scrapped his way to 15 not out from 51 balls but Ben Foakes looked immediately in excellent touch as he took four fours from Miles’ seventh over to reach an unbeaten 20 from as many balls.

Stoneman had earlier seen both Rory Burns and Scott Borthwick fall cheaply in seamer-friendly conditions. Surrey captain Burns was beaten off the pitch by a ball on middle and leg stump which he edged to keeper Ambrose, while Borthwick’s 35-ball 1 ended when he was leg-before to left-arm seamer Toby Lester, who has joined Warwickshire on a month’s loan from Lancashire.

Warwickshire captain Jeetan Patel chose to bowl on a pitch tinged with green, after an uncontested toss, and Oliver Hannon-Dalby struck with his seventh ball to have Burns caught at the wicket for 0 at the start of his second over with the new ball.

Hannon-Dalby found movement and steep lift in an opening spell of 7-4-8-1 and Lester bowled steadily, if generally less threateningly, in his new ball stint of 7-4-12-1. The 26-year-old has been signed because of a Warwickshire fast bowling injury list which includes Liam Norwell, Ryan Sidebottom, Henry Brookes, Olly Stone and George Panayi.