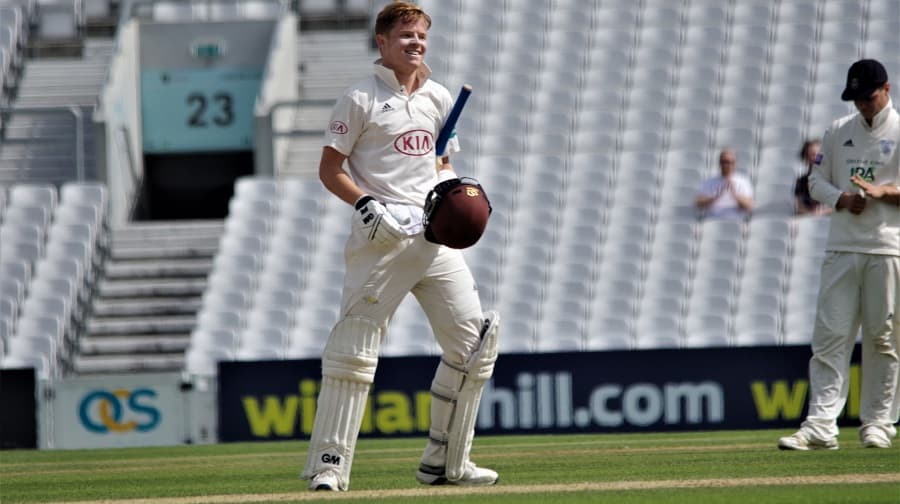 Most players will be glad to put their feet up for a few weeks now another season has come to a close.

But Ollie Pope probably wishes it could go on for another few weeks after ending the season on a high.

The 21-year-old Surrey batsman has been restricted to just five Specsavers County Championship appearances after suffering a mid-season shoulder injury which kept him out for two months.

But since returning to action in August, Pope has scored 561 runs in five innings at an average of 80.14 including a double hundred against Hampshire last month. He reeled off his eighth century in only the 31st first-class game of his career in Surrey’s rain-ruined finale, the draw against Nottinghamshire at the Kia Oval this week.

His return to the England squad this week for the tour to New Zealand was always on the cards, although he admitted to some nervousness ahead of the announcement.

“When I did my shoulder I didn’t know where I stood with the England stuff so I wasn’t really sure although I was hopeful of going to New Zealand. It’s a nice surprise and I’m really excited,” he said.

“It is nice to have played those two Tests against India last year, it’s got the first-game nerves out of the way. If I do get the opportunity, then hopefully I can impress.”

Pope says he spent his enforced time away from the game this summer tweaking his technique.

He added: “I used the time off wisely. I have freshened up my mind and worked out exactly how I want to play.

“Not being able to bat for a few months, I got as ready as I could. It has actually done me a favour. I made a few little technical changes while I was injured, mainly on my stance, and I used it as a real positive going forward.”

While Pope looks ahead to a winter with England, Surrey’s acting captain Ben Foakes was in reflective mood as he looked back on his side’s disappointing title defence which ended with a sixth-place finish.

“When you win the league you want to compete again but we haven’t done as well as we’d like,” said Foakes. “We need to get our heads fresh and come back again next year.

“It’s not time to talk about next season yet. I think a break will do a few of the lads the world of good. It’s been the sort of season you want over especially after we were out of the running to win things but hopefully come April next year we’ll be raring to go again.”