Surrey’s Stewart keeps an eye on players and plans ahead 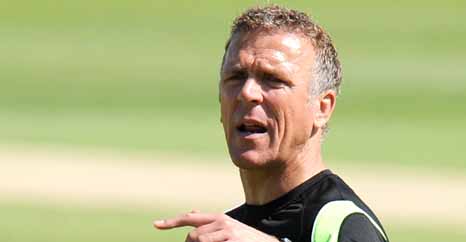 Alec Stewart, like every county director of cricket and head coach, is using the present coronavirus lockdown to ensure his players and support staff are coping mentally with a potentially unsettling hiatus in their sporting and wider lives – while also planning ahead as accurately as he can for a resumption of domestic fixtures later in the summer, writes Mark Baldwin…

The former England captain and Surrey director of cricket is clear about his own priorities at a time of uncertainty and unforeseen stress.

“From a mental health point of view we are constantly checking in with the players and other back-room staff,” he said.

“Rory Burns, as club captain, has also been helping out in that regard and he’s leading by example.

“In my opinion, our players have been outstanding so far. Obviously, ourselves and Lancashire are the only two counties who have chosen not to furlough playing staff, so our professional squad is continuing to follow strength and conditioning programmes laid down on an individual basis by Darren Veness, our strength and conditioning coach, and we are now essentially in February if you look at it from a pre-season training point of view.”

Stewart acknowledges that the situation may yet change, and that his plans may have to be re-drawn as a result, but he is currently working towards a resumption of some cricket on or soon after July 1 – the England and Wales Cricket Board having ruled out any domestic or international competition until at least that date – and he wants Surrey to adopt the same schedule of preparations as they would have followed in normal times.

“If we are planning for a start in July then, as in February for a mid-April start, we wouldn’t be doing much in terms of cricket skill sets at the moment,” he said.

“So it’s strength and conditioning for now and then we will want four to five weeks of pre-season work, predominantly in the nets, followed by at least a couple of warm-up matches – as we originally had planned against Sussex and Middlesex this year – to make sure the players are game-ready.

“Clearly, at the moment, it’s all our best guesses at what the actual fixture schedule might look like, but Lee Fortis, our head groundsman, is busy working hard on both the net and main square pitches at the Kia Oval, so we will have excellent facilities available to the entire squad whenever we do get the go-ahead fixtures-wise.

“We have to be patient for now, and obviously any matches would have to be able to be played in the right environment for safety reasons.

“The T20 Blast would be a domestic priority, for television coverage even if the grounds were not able to open up fully, but I think we would need some red-ball cricket too because the majority of our members very much want to watch the red-ball game.”

Richard Gould, Surrey’s chief executive, has meanwhile confirmed that any late-summer county fixture list would include a concentration on the Vitality Blast, probably in August and September, plus perhaps some sort of regionalised championship cricket that could continue into early October.