“I was brought up in Bermondsey and we thought it would be great to sponsor a local lad who needs a leg up." - Nicola Heard Managing Director of Oliver Jaques 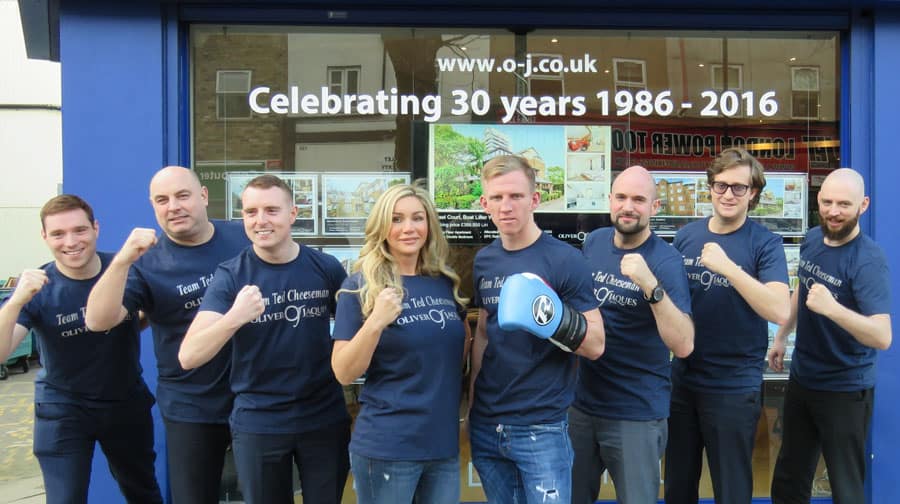 Bermondsey fighter Ted Cheeseman said that without sponsorship “you can’t give your all to your boxing”, as he prepares for his bout on the undercard of the eagerly anticipated David Haye-Tony Bellew clash on Saturday.

The 21-year-old, who trained at Fisher Amateur Boxing Club in Bermondsey as a teenager, is already 7-0 since going pro in September 2015 and this week announced funding from Surrey Quays estate agents Oliver Jaques.

As an amateur, Cheeseman won six national titles, boxed for England ten times and was fifth in the world aged seventeen. He decided to turn pro after missing out on the 2016 Olympic squad and now trains with Tony Sims in Brentwood.

Cheeseman said: “The sponsorship from Oliver Jacques is great because it helps me to maintain full-time. “As a boxer you get paid per fight so sponsorship covers my costs, including rent, travel and equipment. Without that support you can’t give your all to your boxing.”

Cheeseman is quietly confident before his ten-round super-welterweight contest against Jack Sellars at Greenwich’s O2 Arena on March 4.

“Out of all my seven fights as a pro, I’ve only had two smaller shows. I’ve had three at O2, one at Wembley and one at the Olympic Park. I’m used to this now,” he said.

“But having said that every fight is the biggest fight of your career. If you lose you’re back down in the pecking order and have to start all over again. Obviously I have to be confident but I can’t be complacent because if I lose this fight I’ll be back to the start again.”

Nicola Heard, Managing Director of Oliver Jaques, said: “I was brought up in Bermondsey and we thought it would be great to sponsor a local lad who needs a leg up.

It’s nice to give back to the community and boxing is something we’re all interested in here. “A few of us will be going along to support Ted next week and we’re all really excited for the fight.”