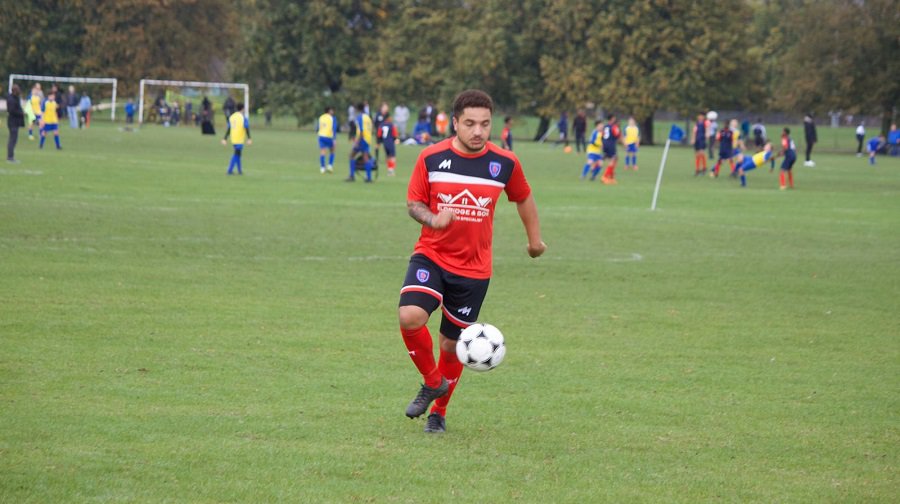 Peckham Rye were back on the road last weekend at high-flying Bexley Hawks and ground out a win for three Woolwich & Eltham Sunday Football Alliance league points.

The Rye had goalkeeper Mick Holman out injured so Yusef Ozkan came in between the sticks.

Peckham were looking to make it seven wins in a row and they went 1-0 up when Ricky Essex played the ball down the line to Duke Binitie who beat his man. Binitie spotted Jon Omara’s late run into the box and the debutant applied the finish.

But just before the break the Rye suffered a blow when Shane Gitten was sent off.

Manager Danny Gibson and coach Owen Rochester rallied the team at the half-time and Jim Holman, Dean Grice and Blaine Horne were solid at the back to deny the hosts.

At the other end it was Binitie again making the difference when he broke forward and was brought down. Binitie converted from the penalty spot to make it 2-0.

Peckham could have made it 3-0 when Binitie set up Kane Wilson but he shot over. Micheal Newton then hit the post before at the other end Ozkan tipped an effort onto the bar.

The Hawks applied relentless late pressure and pulled a goal back through a penalty given for handball.

But the Rye held on to go second in the league table.

Man of the match: Jim Holman