The View from The Oval 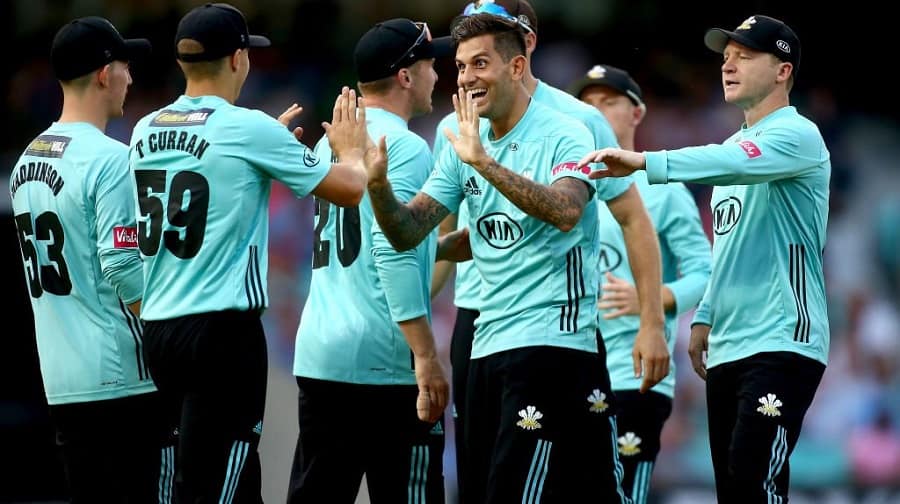 Surrey are aiming for a quarter-final spot. Image: Surrey CC.

SURREY BATSMAN Ollie Pope has been called up for England’s second Test against India at Lords, which starts tomorrow, writes Mark Caswell.

Averaging over 60 in first-class cricket since making his debut this time last year, 20-year-old Pope’s call-up is no surprise to Surrey members, as he has shown great consistency in his career so far.

Surrey recorded two comfortable victories last week, a nine-wicket win over local rivals Middlesex. Aaron Finch was unbeaten on 117 in 52 balls, earning him the man of the match award in front of a record breaking crowd of over 24,000 at The Oval He has scored over 400 runs in his seven innings this season. Jason Roy, with 84, was also in scintillating form.

Surrey went to Chelmsford at the weekend winning by 6 wickets, chasing down Essex’s modest 157-5. This was more of a team effort, with Rikki Clarke (2-24) the pick of the bowlers, and Nic Maddinson, on 49 not out, seeing the visitors home with over four overs to go.

Surrey entertain Sussex on Thursday (August 9) as they chase a place in the Vitality Blast quarter-finals, which should be achievable with the current form of their top six batsmen.

Southwark NewsSportThe View from The Oval