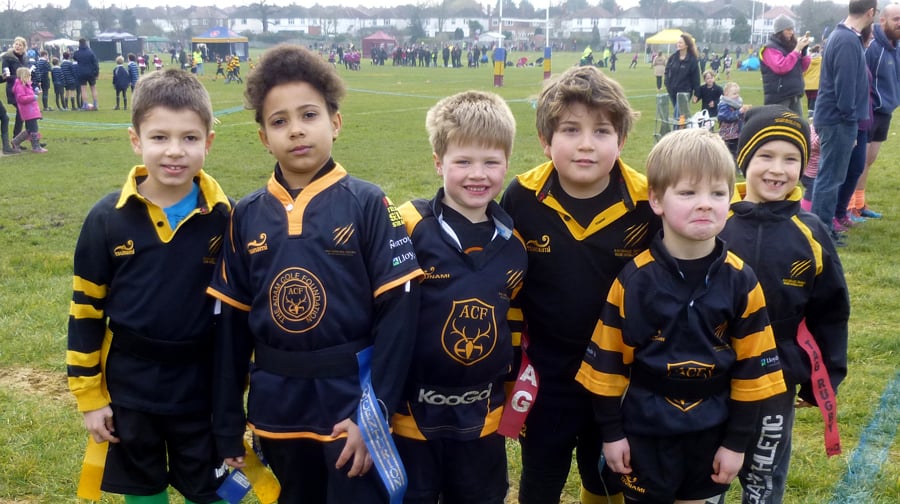 The Southwark Tigers Under 7’s rugby squad came away from the Old Colfeians Spring Rugby Festival crowned as champions, after putting in an undefeated display in the tournament.

The large event, with more than 50 teams participating, saw the Southwark youngsters take on opponents from all over south east London including Parkhouse, Old Alleynians, Beckenham, Beccehamians and Old Whitgiftians.

The Tigers, who are based at Burgess Park in Walworth, put in fantastic performances as individuals and as a team and showed an array of great passing and catching skills on the day.

“All their hard work at training this season paid off with some great performances.  They have grown up as a team today.”

For more information about the club visit www.southwarktigers.com.