Trialists give Millwall the verdict 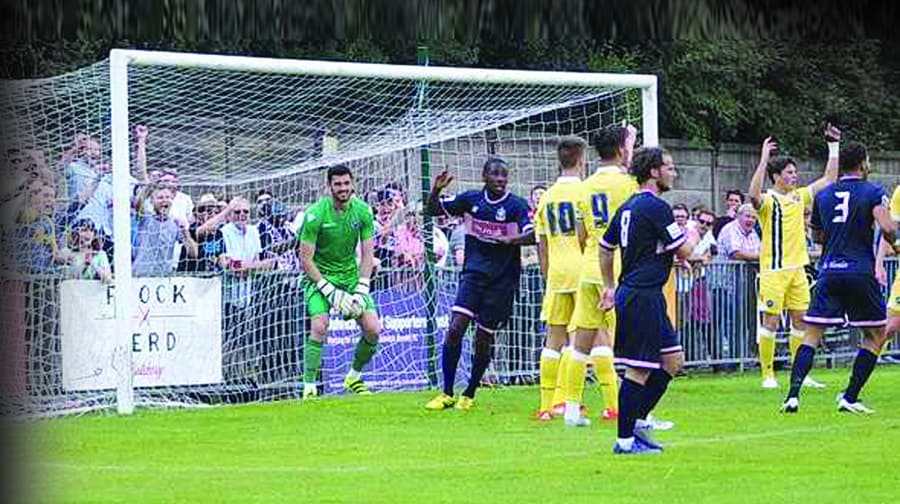 DULWICH HAMLET put in a creditable performance last Saturday in their friendly fixture against a Millwall XI as they continue their preparations for the new season.

The home side went in front early on but Millwall’s experience told and they hit back to claim the win.

Lions boss Justin Skinner included seven players in his starting line-up who have already featured for the first team in pre-season.

Millwall handed a trial to Harry Smith, the 6ft 6ins striker whose goals inspired Folkstone Invicta’s promotion to the Isthmian League Premier Division, where they will come up against Hamlet next season. Skinner also trialled former Rangers winger Mekhi McLeod and Channing Campbell.

But it was the home side who made all of the early running, and they went ahead in the 15th minute when Daniel Carr crashed his penalty down the middle after a handball in the box.

Millwall were relying on goalkeeper Tom King to prevent Hamlet doubling their lead, and he produced a brilliant full-length save to keep out Nyren Clunis’ long-range effort. Gavin Rose’s side did have the ball in the back of the net in the 35th minute, but it was ruled out for dangerous play from Matt Drage.

But Millwall started to exert their authority and after defender James Brown saw an effort deflected wide, Alfie Pavey headed in the corner.

A number of substitutions contributed to a flat tempo in the second half and it was McLeod, who was released by Rangers this summer, who got the winner with 17 minutes left.

It was Smith who got the assist and McLeod skipped by a number of tackles in the box before finishing. And it was King who came to Millwall’s rescue late on when he pushed away Ashley Carew‘s shot.

Southwark NewsSportTrialists give Millwall the verdict