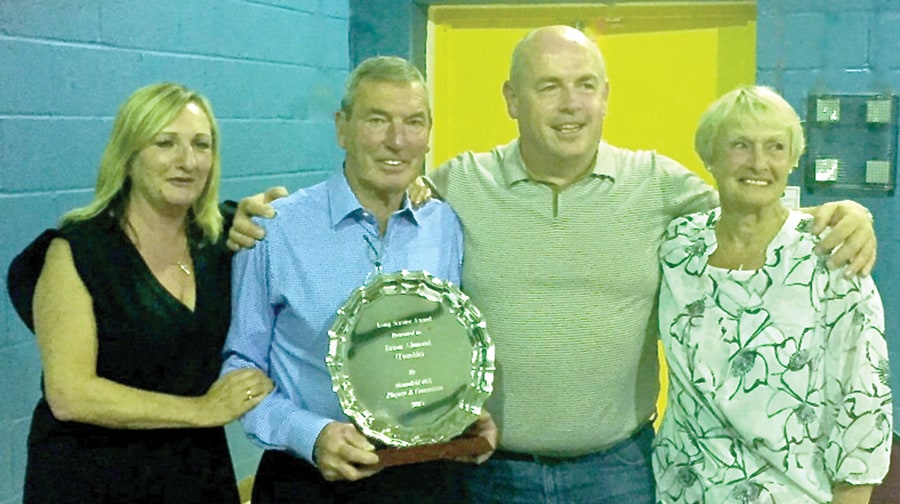 A physio who has a 60 year connection with Stansfeld Oxford and Bermondsey Football club was honoured at their awards night on Saturday.

Brian ‘Tumble’ Almond picked up the Lifetime Achievement Award for his years of service to the north Southwark outfit. The first team physio picked up the award on a night a number of players at the club also received recognition, following a season where the first team picked up a cup and runners up spot in the Kent County Premier League.

The first team player of the season gong went jointly to Terry Cohen and Sam Ryan, whilst Ryan also picked up the player’s player of the year award.

Not surprisingly the prolific Billy Shinners got the first team golden boot prize having netted 37 times in the last campaign.

The reserve team player of the year nod went to Sam Barnes whilst Casey Kilillea was selected by his peers as the player’s player of the season.

The top scorer for the reserve side was Jake Williams and he also got a golden boot award.