Veterans ‘delighted to win for Peckham and south London’ 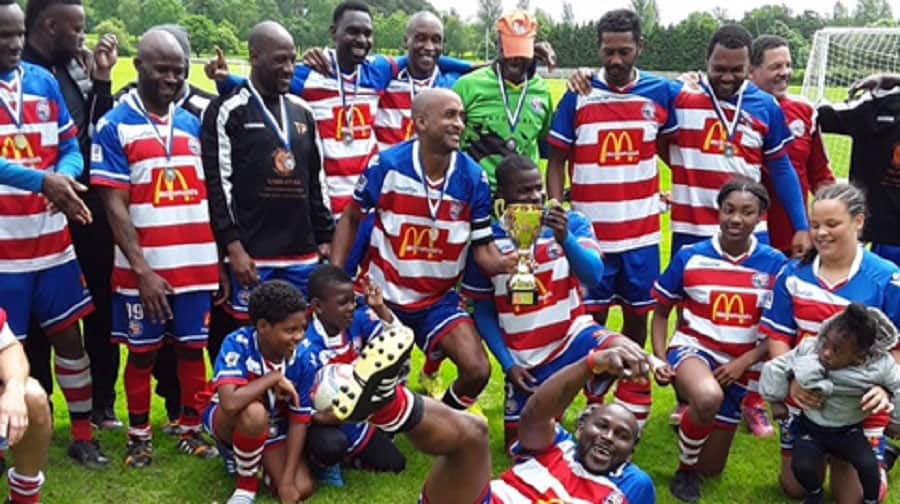 PECKHAM TOWN are the FA National Cup for Veterans champions, after coming from behind to win a thrilling final.

Peckham had reached the final by winning four play-off groups before a quarter-final and semi-final against teams from across the country.

They almost blew it in the final, before resolutely coming back and sealing the win.

Player-manager Lloyd Marriott said: “It was a very even game against excellent opponents until the last 25 minutes”.

He added: “All the team – who have played for top non-league clubs and some in higher leagues – are delighted to win for Peckham and south London.”

Southwark NewsSportVeterans ‘delighted to win for Peckham and south London’