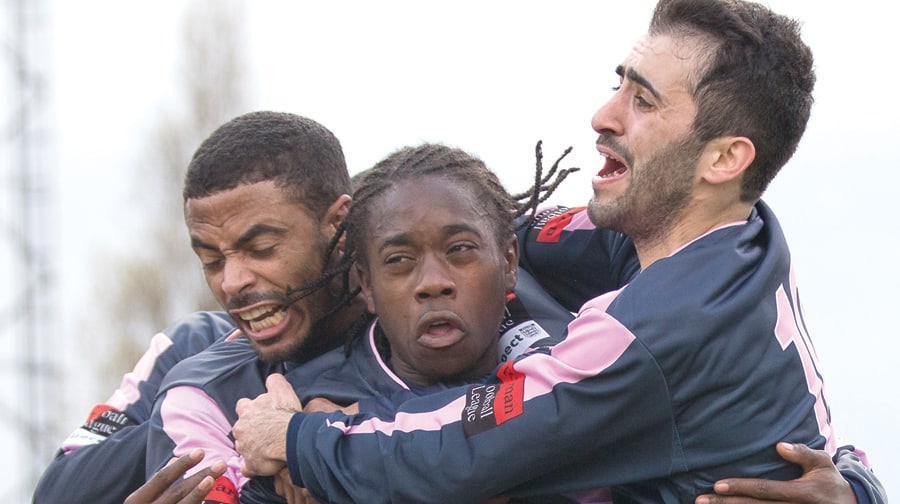 Talented Dulwich midfielder Xavier Vidal has left Champion Hill and will ply his trade at Welling United next season. Vidal, 21, joins the National league side, one step down from professional football, on a one-year deal.

Having come through the youth ranks at Dulwich Vidal put his name into Hamlet folklore by scoring the goal on the final day of the 2012/13 season that ensured the Pink and Blues picked up their first league title in 35 years.

Another man to exit Hamlet is Terrell Forbes, who skippered the side last season. He has agreed to join Hemel Hempstead Town – who operate one division down from Welling United. Meanwhile Luke Wanadio looks set to sign for Staines Town for the next campaign.

Dulwich have confirmed three new faces for next season as Mitchell Nelson has signed forms, having played at Margate last campaign.

Plus on Monday Hamlet also brought in Danny Waldren, a midfielder who was at Bromley FC last season and striker Jacob Erskine from Maidenhead United. In addition to this both Nyren Clunis and Ethan Pinnock have also signed one year deals that extends their stay at Champion Hill. For the latest Hamlet news visit www.pitchero.com/clubs/dulwichhamlet.