View from the Oval: Surrey struggles continue with Somerset defeat 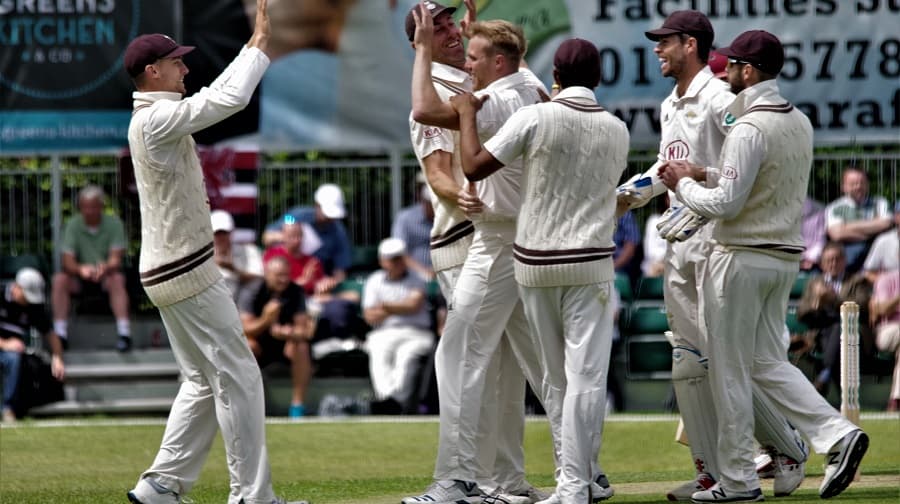 SURREY’S DISMAL start to the season continued with this emphatic defeat at Guilford.

The visitors learned a lesson from last season and batted first when given the option, dominating play for the first two days and enjoying a first innings lead of 113 runs.

This was a must-win game for Surrey, who although missing eight senior players through injury and international call-ups, still managed to put in a spirited performance.

The defending champions managed to claw themselves  back into the game, with Matt Dunn taking match figures of 8-128 and the consistent Morne Morkel (7-108) reducing the Somerset to 153 all out, leaving Surrey to get 267 for victory on a wicket that was equal to bat and ball.

Despite the early loss of out of form Mark Stoneman, Rory Burns (48) and Steve Borthwick unbeaten on 38 led the way, as an exciting final day lay ahead for both teams.

Surrey starting the final day on 99-2 and were blown away 35 minutes before lunch for 164, Borthwick’s 45 the only notable contribution

England wicketkeeper Ben Foakes, who scored a stylish 57 in the first innings, said: “We played well during the loss at Warwickshire but were outplayed at key moments and this has happened a lot this season.

“We have not had a lot of luck, but this is coming together and hopefully we can start a good run of results.”

Surrey have drawn three and lost two of their first five games, with a Championship bid now looking out of the question.

Surrey captain Rory Burns said: “Obviously it’s very disappointing that we could not bat better today and get to that target, having bowled so well to get back into the match yesterday.

“There are lots of little things holding us back at the moment, and dropping Bartlett on 0 in the first innings clearly did not help us. That was a crucial moment in the context of this game,

“As a batting group, we are seeming to find ways of getting out and I think we did show at times that this was not an unplayable pitch. But, when you are the two batters out there, you have to seize that moment and build partnerships.

“We know we have to start getting things right, as a batting unit and as a team, but we are certainly not giving up on defending the title. We have played five matches, so there are nine games to go and we will be aiming to win all of them – that’s the attitude we will take into the rest of the season, starting next week here at Guildford against Yorkshire.”

Somerset captain Tom Abell added: “I just could not be prouder of the boys, and this was a massive win for us. Surrey had eight Test players in their team and after yesterday I would probably have preferred to be in their position coming into today.

“But we said in the dressing room before play that if we bowled better than we did yesterday evening and started to build bowling partnerships then we could put them under pressure and that’s exactly what we did. The bowling unit were outstanding today, and as captain you know that they will give you everything.

“I also want to mention George Bartlett’s first innings hundred, after coming in when he did and playing so well in a tough situation. His innings, and the partnership he had with Tom Banton, changed the game for us after being 30-odd for 3. James Hildreth’s 64 yesterday was an important innings too. He’s a class act and he’s done it time and again for us. His runs were worth a lot more in the situation of the match at that time.

“There is another massive game now for us next week against Kent at Canterbury. We have a little bit of momentum now and we’ve gone top of the table, but we have to keep that going. It’s another big challenge for us.”