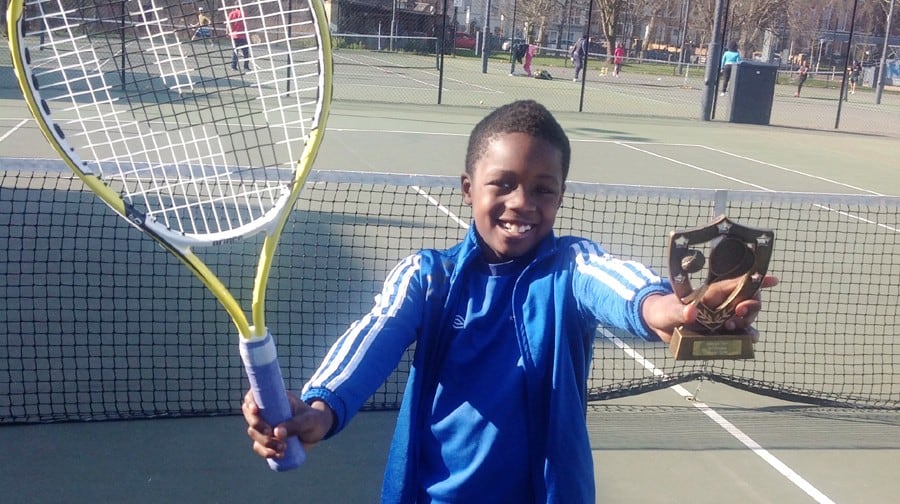 Two tennis starlets from Southwark City Tennis club made the most of their half-term breaks by starring in tournaments at home and overseas.

The win was also his first victory away from his home ground of Burgess Park. To come out on top Usideme had to participate in half a dozen contests to finish ahead of 23 other players .

After the event he said: “I can’t believe it. I am so excited I won“ Mukhtar Andu spent the half term in Paris representing GB against France in an eleven and under match. In the team event Andu took three points out of six but could not stop the French securing a home win to level the international series at 1-1.

The British players stayed on to play in an individual tournament with Andu taking both the singles and doubles titles, his first international wins.

Other great performances over the half term came from Shiv Kashyap, a runner up at both Purley and White Hart Lane under nine events, and Matthew Fisher-Borrow who came fourth at the under nine regional event in Bromley.

Tarique Tonge-Bobia, who defeated the number one and three seeds, had to settle for the runner up spot in the his under twelve competition at Purley.