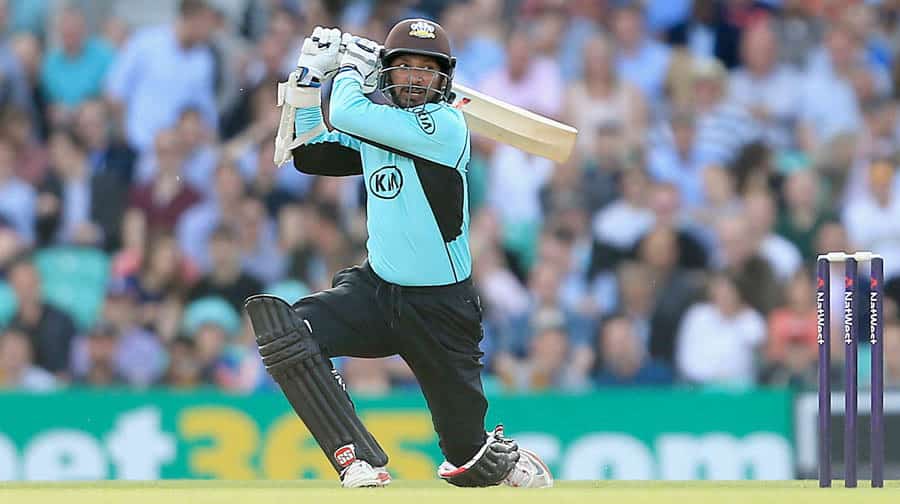 A washed out contest against Sussex in Kennington last Friday ultimately put paid to Surrey’s hopes of making it to the knockout section of this year’s Natwest t20 blast competition.

Going into this game Surrey still harboured hopes of making it out of the south group and into the last eight of the tournament. But rain ended that outside chance of moving on and Surrey will look back on their six losses in fourteen games in a case of what might have been.

They can also point to bad luck as they also had three no results, resulting in shared points, including the abandoned game against Sussex at Arundel where Rory Burns and Moises Henriques were involved in a sickening outfield clash that left the latter with a broken jaw.

But when they did play a full contest Surrey let themselves down too often as exemplified by the contest against Middlesex at Lord’s last Thursday.

The home side batted first and posted 185 in their 20 overs with John Simpson top scoring with 53 off 40 balls. He was ably supported by England t20 skipper Eoin Morgan who smacked 48 off 33 balls and Kiwi James Franklin who hit a quick-fire 41 off 21 balls. When Surrey have been good in this t20 campaign it has often come on the back of a fine knock from opener Jason Roy.

So when he fell with just five runs to his name the omens were not good and ultimately Surrey fell a distant 43 runs short of their victory target. In Surrey’s total of 142/9 it was Kumar Sangakkara who kept victory hopes alive with 32 off 25 balls, but even with the lower order chipping in with runs the victory line was never that close.