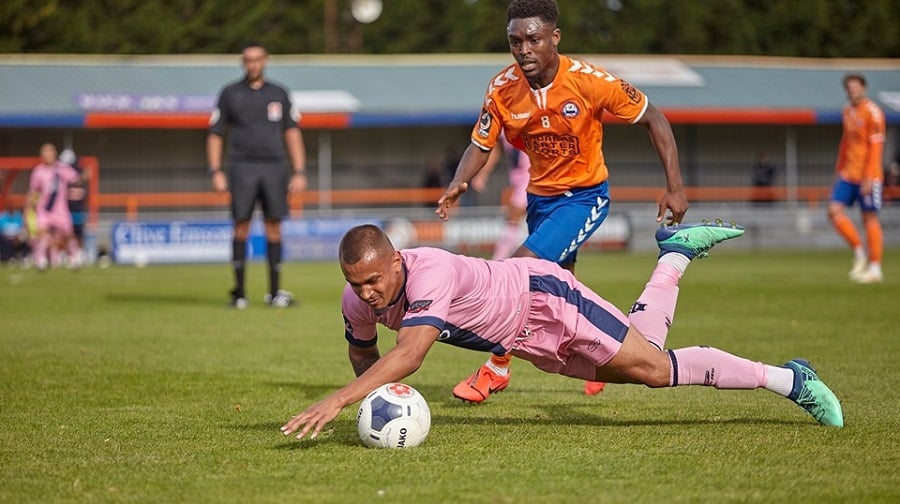 Dulwich Hamlet’s winless run stretched to four games after their 2-1 defeat at Braintree Town on Saturday.

Danny Mills’ 19th-minute goal gave Gavin Rose’s side the lead in a game they dominated for long spells.

The Hamlet could have added to their lead before the break and were convinced they should have had a penalty when new signing Marvin McCoy appeared to be fouled in the box. Despite McCoy needing treatment, the referee booked him and gave Braintree a free-kick.

The tone of the game completely changed in the second half. The hosts were level just two minutes after the break through Ade Cole.

Reise Allassani, Lewis White and Dominic Vose all had chances to give their side the lead, and the visitors paid for that profligacy when Alfie Cerulli netted the winner for Braintree in the 77th minute.