Supporter link-up will boost fighter's exposure among ‘his own people’ 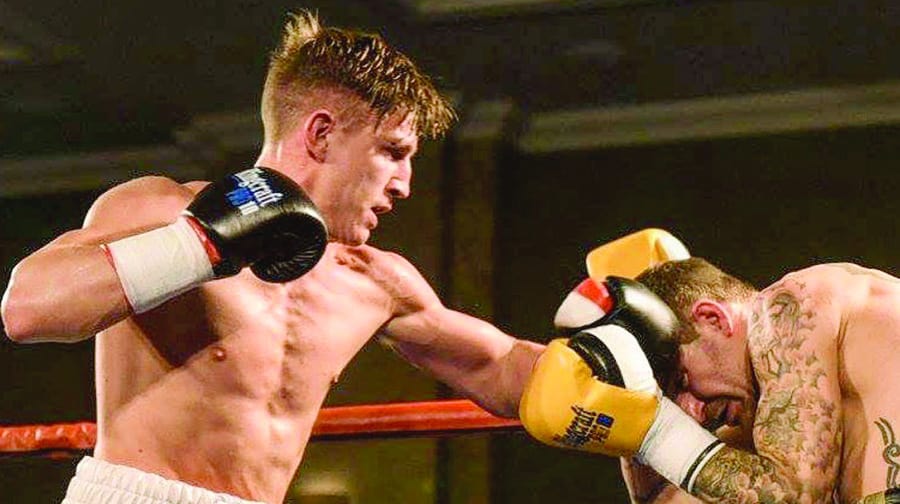 BOXER CHARLIE Wynn has teamed up with Millwall Supporters’ Club in a move that he hopes will increase his exposure and bring the same kind of atmosphere to his fights as Lions fans create in football arenas.

Millwall season-ticket holder Wynn put the word out on social media recently that he was looking for extra sponsorship, and Millwall fan on the board Micky Simpson responded before then helping to organise the link-up.

The year-long deal will involve, among other things, the group assisting in promoting his fights. Wynn is hoping for six bouts in the next year, with a November 25 welterweight clash at York Hall next on the cards when the 28-year-old will be hoping to improve his 2-0 professional record.

Wynn combines his day job as an electrician with six days a week of training.

As well as promoting his fights to Millwall fans, there is a commercial element, with limited-edition Charlie ‘Chopper’ Wynn badges on sale before the Lions’ next home game against Burton this Saturday. Wynn is excited by the prospect of a profile boost with people he considers “one of my own”. “I put a thing on Twitter a few weeks ago looking for sponsors and it got a few retweets,” Wynn said, explaining how the deal came about.

“Micky got in contact saying they might be able to do something with the MSC. “It’s great exposure, and first and foremost exposure among Millwall fans. They’re the people you want to be exposed to. The Millwall crowd make some noise up and down the country so to potentially have that kind backing with the boxing as well would be brilliant “They’ve already promoted me more than any sort of promoter could, unless you’re talking about Eddie Hearne spread across Sky Sports.

But small-haul promoters can’t compare with Millwall support. “They’re the right types of people, people like me, one of my own, so I’m buzzing because it’s good to get sponsorship from people you can relate to. “They’ve got badges with the same logo as on my shorts, selling for five pounds a pop at the ground which will hopefully return some of the finance they put into me.

“I have a medical coming up soon that will cost £700-800 pounds and if you’re not sponsored you end up paying out of your own pocket. So it’s good backing from my own people. “Just having their exposure alone would have been a blessing. Hopefully they recoup from the badges and everyone wins. “Money wasn’t the most important issue for me, I’m just proud to have the link.” Wynn has had a busy few months. He has recently moved to Bromley and joined the IBox Gym run by Al Smith and Eddie Lam.

It more suits his schedule and the camp also hosts Bradley Skeete and Johnny Garton. “It’s full-on,” Wynn said. “I train six days a week with usually Sunday off. Last week I was working Saturday and Sunday, it’s so busy sometimes there’s no time for normality. “People don’t always see what you put in.

“I’m building up to November 25 at Bethnal Green. It’s a Steve Goodwin show, I signed a three-year promotional deal. Johnny Garton talks highly of him. It’s a bit more exposure and I’m at the same camp as Johnny, which is five minutes from my house.”

Wynn also explained the benefit of working with his new trainers. He said: “I’m naturally a fighter, that’s what the game is all about for me. But they get me to think a little more, to work defence as well as offence and not go in with all guns blazing.” Along with his work and training, Wynn will also continue to be a familiar face at The Den as he looks forward to another packed year. “Steve Goodwin will get me busy in the next year, he runs shows linked with [David Haye’s] Hayemaker Promotions. There are a few of his fighters on their bills.

It could be a big year next year for me after being a bit stop-start this year moving house and gym. “I’ll be down The Den every second week and Micky has said they will try to get me on the pitch at some point to introduce me to the fans.”