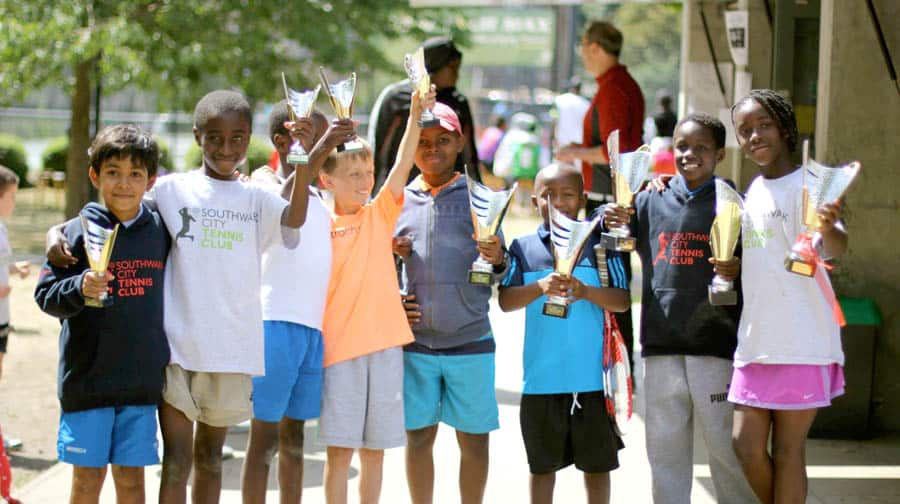 A key theme of the tournament was the transition of the juniors into the adult events. Six of the eight semi-finalists in the men’s and women’s events were teenagers with the oldest player being 23.

The men’s event was won by one of the UK’s top under eighteen players, Lamar Bartley, who defeated Abdul Hassan in the final. Bartley is looking to start his professional tennis career and will be competing in Futures events as he seeks to build up an international rating.

The boys’ under sixteen match also went to three sets with victory for Abdullahi Daud. The younger age group events were hard fought with Joshua Usideme taking the boys’ under nine and ten trophies and Jesse Clarkson coming out on top in the under eight competition.