A year on, Joanne Purdy is still coming to term's with her son's murder. 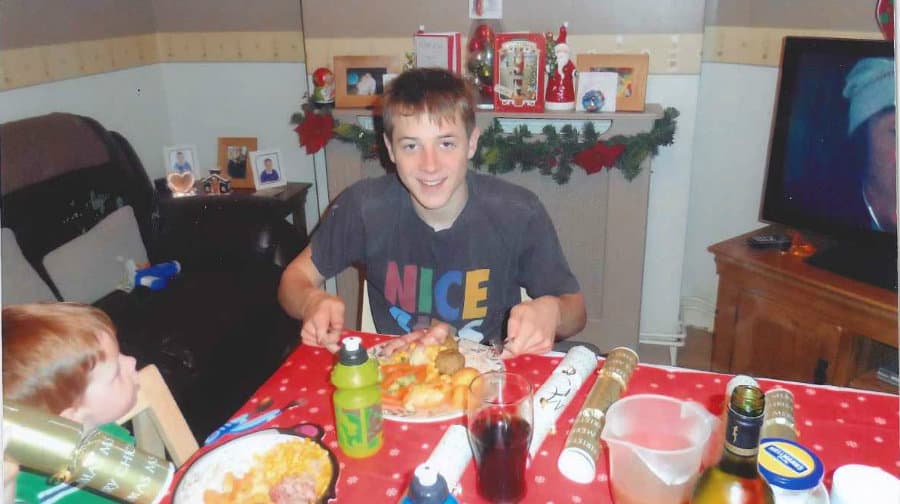 The mother of 18-year-old Ben Purdy, who was fatally shot last year following a bitter love-triangle dispute, has said she will never get over the death of her son.

Joanne Purdy said she was still coming to terms with losing her “mummy’s boy”, who was shot in the eye by Andrew Bayne, 37, on the orders of his jilted nephew Michael Bagnall, 22, last November.

She said: “It still sometimes doesn’t feel real. I see someone walking down the street and think it’s him. I know it’s not but you still want to check.”

She said that the life sentences handed out to both killers, however, was justice.

She said: “We did it. It’s what they deserved. Now we can start to try to move on together. After all the time spent in court I just want to spend some time with my other boys.”

She said that the former Globe Academy pupil, whose first anniversary passed this week, was a caring son and protective brother, who always thought of his family ahead of himself.

Joanne said: “He used to save up and buy things for us. He loved buying takeaways so that I didn’t have to cook, and bought football kits and Millwall tickets for his little brothers.”

Ben’s brothers Cole, 5, and Ryan, 8, also both found it hard to cope with their older brother’s death.

She said: “Ryan collapsed when we told him but Cole didn’t understand. Sometimes he still thinks Ben is going to come home. If they were down, Ben would speak to them and they would be fine after. The boys loved him. Ryan has even started doing his hair like him.”

Ben and his brothers at Halloween

The trainee plumber and promising footballer was equally popular outside of his family, with a huge group of friends – and admirers.

Joanne said: “Sometimes he used to come home with marks on his neck. He would say they were bruises from paintball but I knew they were love-bites!”

His close friend Perry Harrington, who got a tattoo of Ben’s face on his chest earlier this year, described him as someone who would “always keep people happy.”

He said: “We got off on the wrong foot because we went to different schools but we became close. He was cheeky and would always make people laugh, always keep people happy.

“He fancied himself and was a bit of a charmer. He was always in front of the mirror and would never let anyone touch his hair. I did that once and it was a mistake!”

Perry Harrington, with a tattoo of Ben Purdy

Perry’s mother Kelly said: “Ben was like a son to us. He was always over here, raiding the fridge or nicking a cigarette from me. He would come around drunk and sleep it off in the bath. It was like our heart was ripped out when he died.”

Before his death, Ben worked at East Street Market on the curtain stall for around four years with Callum Malone, who was with Ben when he was murdered last year.

After shooting Ben, Bayne put his gun in Callum’s mouth but decided not to shoot and fled the scene.

Callum said: “I don’t like talking about it. None of us who were there that day thought it would ever end like that. I have trouble sleeping and get nightmares. I had a bad one last night.

“The sentence was decent. People might say it’s not fair for them to be old men in jail, but Ben can never be an old man.”

His mother said that, while he touched many lives as a friend, a salesman and a footballer, above all he was a son.

Joanne said: “He was a mummy’s boy, he was my baby, and he still always gave me kisses and cuddles. I miss that and I’m never going to get it back.

“He died when he was becoming a man, I could already feeling myself losing him a bit even though he was still affectionate. But now I’ll never get to see him grow up.”

A football team made up of Ben’s friends, Walworth Wanderers, will be playing a tribute match in Burgess Park this Sunday from 6pm.